Faithful Catholics Should Not Belong to a Political Tribe. This goes for 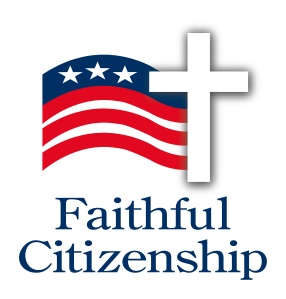 Republicans as well as Democrats. Catholicism does not fit neatly into political ideology. Period.

Washington Post journalist Michael Gerson, who is not Catholic, understands this better than most Catholics. H/T Deacon Greg. Please do read the  Post article. How can you go wrong with an article that begins:

“When Nancy Mitford asked novelist Evelyn Waugh how he could behave so atrociously while claiming to be a practicing Catholic, he responded, “You have no idea how much nastier I would be if I was not a Catholic.”

“But though it is hard to identify a distinctive Catholic voter, there is certainly a distinctive Catholic teaching on politics – a highly developed and coherent tradition that has influenced many non-Catholics, myself included. Human life and dignity, in this view, are primary. The common good takes precedence over selfish interests. Local institutions – families, churches, unions, religious schools – should be respected, not undermined, by government. The justice of a society is measured by its treatment of the poor and vulnerable.

These distinctive commitments have created tensions with liberal Catholic politicians who elevate autonomy and choice as the highest political values – higher even than the rights of the weak. But the Catholic tradition also challenges elements of conservatism, particularly when it comes to Tea Party excess.”

Some of this challenge is tonal. A revolutionary populism has seldom been the Catholic style – especially since Catholics have often been the victims of such populism in American history. Catholicism asserts the value and dignity of duly constituted authority, both religious and political, which cannot be dismissed as “elites.” Further, in a direct assault on the spirit of the age, it teaches that genuine freedom is found in submission to just authority. The alternative is the “freedom” of a fish liberated from the sea. Neither radical individualism nor disdain for government is an option.

But the tension is also substantive. Catholic social teaching is simply not libertarian. Neither, of course, are most conservatives. But where Republicans veer toward libertarianism, they will run smack into the bishops.”

Wow. Gerson really has a grasp on Catholic Social Teaching. People are more important than things or ideology. The right to life of the human person is the foundation of social justice.

Freedom is not the freedom to make any choice.

It is an excellent article which should challenge Christians to not be too quick to hop a ride on the donkey or the elephant.

I am the wife of a Catholic deacon living in Des Moines Iowa. My husband Larry was ordained in 2006. We have two children and five grandchildren.. Our daughter and her family live in Ireland, and our son and his family live in Franklin Massachusetts.
View all posts by Susan Kehoe →
This entry was posted in Catholic Church, Church and the Public Square, Social Justice and tagged Catholic vote, human dignity. Bookmark the permalink.