Faith of Our Fathers

My dad is a retired aerospace engineer. He was involved on many of the manned space missions, Gemini and Apollo for example. It was very exciting to grow up in the time of space exploration especially when you had a Dad who knew the astronauts personally. And Dad came and spoke at school assemblies. 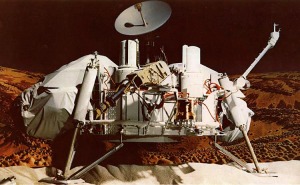 But the greatest thing that I learned from Dad, well before John Paul II encyclical on Faith and Reason, was that science and faith are not incompatible.

I remember him teaching me, at a very young age, about the solar system and the Holy Trinity. In my memory, at least, they converge. Anyway, the belief that faith and science, or faith and reason are two sides of the same coin was imprinted in my brain.

Dad taught me a lot. He always told me not to leave the Church because of people. No matter how un-Christian they are. The Church is bigger than that.  It is about Jesus Christ. Dad learned that from a Priest that he talked to when he was young and he had a crisis of faith. . That is a Dadism that stuck. I could never use other people as an excuse to leave the Church.

I learned a lot about forgiveness from Dad.

Happy Fathers Day Dad! Thank you for passing on your deep abiding love for God and, to a lesser extent science.

I love you Dad. This one is for You. Thank you for passing on the ancient faith of  Our Fathers:

I am the wife of a Catholic deacon living in Des Moines Iowa. My husband Larry was ordained in 2006. We have two children and five grandchildren.. Our daughter and her family live in Ireland, and our son and his family live in Franklin Massachusetts.
View all posts by Susan Kehoe →
This entry was posted in Uncategorized and tagged faith and science, Fathers Day, Nasa, space, Viking mission mars. Bookmark the permalink.

3 Responses to Faith of Our Fathers