A Mea Culpa, A Clarification and The Narrow Way 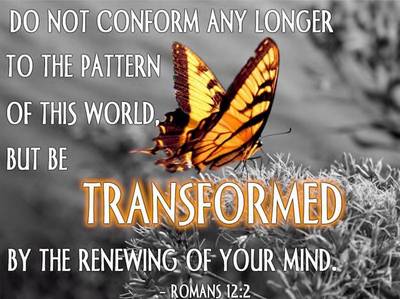 ‘Wow. I am fully in accord with the Church and recognize her ability to set her rules as she believes they are formed by Scripture, but laid out like that our policy looks awfully cold-hearted. Is it really any great shock that the pews are empty on Sunday?’

(Note:  I don’t know where the reader lives, but we have a Saturday vigil mass and three Sunday Masses and our pews are far from empty. The majority of Catholic Churches in our city are not empty.)

Ouch! The reader rightly pointed out that the way the post was organized; it did come off rather harsh.  I originally wrote the piece for a specific person who wanted to know where the Church taught that Catholics who marry outside the Church should not receive Holy Communion. Just the facts. Just the documentation.

I probably should have waited to post it until I edited it for the blog. Mea Culpa.

The case of a person who marries outside of the Church and is, therefore, unable to receive Eucharist is easily remedied. Such marriages are validated all the time.

But I suspect that what really seems harsh is that because the Church does not recognize a marriage celebrated outside the Church (if one of the spouses is Catholic) the couple is considered to be “living in sin”.

In our culture where sex has been reduced to a pleasurable activity instead of sacred act between a couple united in matrimony, this does seem very harsh. The conviction that sex outside of marriage is in any way a moral wrong seems antiquated at best.  Oh and we are really stuck in the bad ole dark ages, because we define marriage as between one man and one woman.

In the Gospels, Jesus says many hard things. Anyone who thinks that Jesus was a nice non judgmental guru has not studied the bible.

Discipleship is not for wimps. Jesus calls us to pick up our cross and follow him. We are called to do God’s will and not ours.

We are called to bear our sufferings; to persevere in faith.

We are called to live in truth and to know that evil exists. We are not called to believe that the only evil is to suffer. In our culture, the only evils are unhappiness and suffering.

Jesus tells us that he is the truth. There is absolute truth. Jesus also said that the world would hate those who follow Him:

I gave them your word, and the world hated them, because 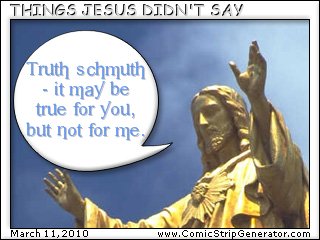 I do not ask that you take them out of the world but that you keep them from the evil one.

Consecrate them in the truth. Your word is truth.

And I consecrate myself for them, so that they also may be consecrated in truth. (John 17:14-19)

But God is merciful. We all sin. We all fall short of God’s glory. We turn away from Truth itself. That is why we have the sacrament of reconciliation. God touches us, forgives us. God gives us the grace to turn back to Him.

I am the wife of a Catholic deacon living in Des Moines Iowa. My husband Larry was ordained in 2006. We have two children and five grandchildren.. Our daughter and her family live in Ireland, and our son and his family live in Franklin Massachusetts.
View all posts by Susan Kehoe →
This entry was posted in Catholic Moral Teaching, Marriage and tagged Catholic marriage, moral teaching, Relativism, truth. Bookmark the permalink.

3 Responses to A Mea Culpa, A Clarification and The Narrow Way