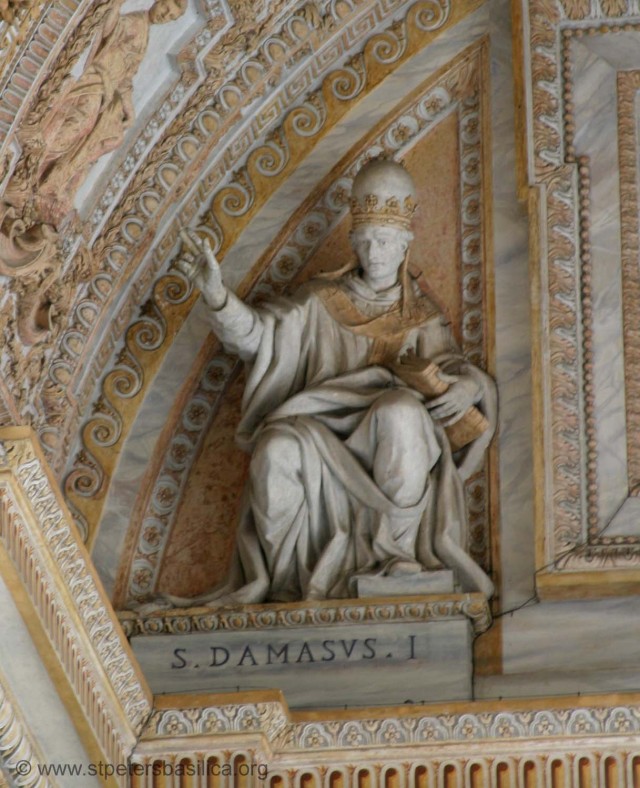 versed in the Scriptures. He commissioned St. Jerome to complete the translation of the Bible into the Latin language. Shortly after his reign the 72 books of the Bible, hitherto scattered in different parts of the Orient, were collected into one volume. He defended the rights of the Holy See, and beautified the Roman resting places of the Christian dead and of the saints. He also confirmed the practice of singing the Psalms day and night in the churches and adding a Glory Be at the end of each Psalm.” More here.

I am the wife of a Catholic deacon living in Des Moines Iowa. My husband Larry was ordained in 2006. We have two children and five grandchildren.. Our daughter and her family live in Ireland, and our son and his family live in Franklin Massachusetts.
View all posts by Susan Kehoe →
This entry was posted in Saints. Bookmark the permalink.