Religious Freedom is So Last Century 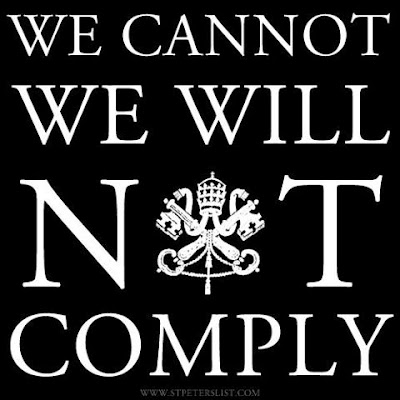 mandate. Their concerns have been misunderstood. The bishops are not worried that Americans will not be allowed to worship. But they are concerned that our constitutional right to practice our religion is being eroded.

The Catholic News Agency is reporting that:

Washington D.C., Feb 24, 2015 / 03:45 pm (CNA/EWTN News).- Catholic and Evangelical humanitarian agencies are among the U.S. groups responding to the massive influx of unaccompanied minors from Latin America, but a new federal rule could require them to refer the children for abortion or lose their grants.

A coalition of these faith-based agencies called on the federal government to amend the rule so that the government can meet obligations to care for these children while “respecting the religious and moral beliefs of faith-based organizations that, to date, have provided such critical care for this vulnerable population.”

I think that the time is coming for the Church to stop accepting government grants for everything from schools to hospitals to social work.

Don’t forget to participate in the annual Fortnight for Freedom. And pray. Of course.

I am the wife of a Catholic deacon living in Des Moines Iowa. My husband Larry was ordained in 2006. We have two children and five grandchildren.. Our daughter and her family live in Ireland, and our son and his family live in Franklin Massachusetts.
View all posts by Susan Kehoe →
This entry was posted in Abortion, Catholic Church, Catholic Moral Teaching, Freedom of Religion, Politics and tagged catholic moral teaching, freedom of religion. Bookmark the permalink.