Note: Meager blogging again today. I am working on a post on Purgatory in 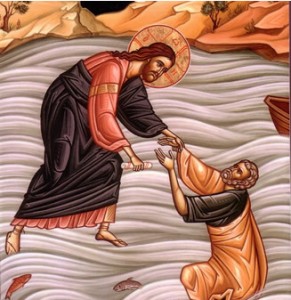 order to answer a question from a reader that arrived in my in box today.

But here is a great article from Archbishop Timothy Dolan of New York:

Declaring Our Dependence (on God)

“My friend Cardinal Francis George, the Archbishop of Chicago, comments that perhaps the most revolutionary statement we can make these days is the opening line of the creed, “We believe in God, the Father Almighty… ” as we pray at every Sunday Mass.

We look forward to all the festivities of our national holiday, the Fourth of July, this weekend.

We call it Independence Day, celebrating our independence from England, sealed on July 4, 1776, won at the cost of the blood of brave patriots during the Revolutionary War.

However, to profess our faith that “We believe in God, the Father Almighty… ” is actually an act of dependence: we admit that every breath we take, each day we have, every opportunity we are given, come from an omnipotent God, and we bask in the fact that we are totally dependent upon Him. He is sovereign, He is Lord, He has power and dominion. “Without Him, we can do nothing; with Him, nothing is impossible.”

Yes, this spiritual Declaration of Dependence is downright revolutionary. For today, it is chic to throw off—not the shackles of allegiance to King George, as our brave patriots gallantly did—but any sense of obedience to God, His revelation and the basic code of right and wrong He has engraved upon the human heart.

Oh, it’s not that we do not believe in God; it’s just that we consider ourselves to be gods: we claim dominion over life itself, as we accept abortion, euthanasia, destruction of embryonic stem cells, capital punishment and destructive poverty that causes starvation and plagues in the world.

We presume to tamper with the basic institution of a civil society, marriage and family, re-defining it to suit the spirit of the age.

We revel in violence on TV, in movies, in the rap lyrics our young people sing, independent of the decency and respect God has instilled in us.

Creatures resort to war, and terrorism, feeling themselves above the moral limits of conflict that a civilized society has always tried to heed.

The Ten Commandments become a list of suggestions, the Eight Beatitudes a set of nice ideas, the Bible mere literature, the Church unnecessary, religion a crutch for the unenlightened, objective truth an outmoded oppression.

Because, you see, we are independent. We are self-made, and we worship our creator—ourselves!

This is sure curious. For one, we are terribly dependent—not, regrettably, upon God—but upon money, insurance, gas, weapons, security systems or even upon alcohol, pornography, lust, gambling and drugs, in a culture of consumption and convenience.

Two, it is curious because the patriots who won independence for us in 1776 had no trouble at all acknowledging their total dependence upon God. In fact, the normative documents of our beloved country presume the existence of a providential God, objective truth, moral duty and the right to life itself.

The real invitation this Fourth of July is to be independent of earthly and selfish tyranny, whether that be King George, Osama bin Laden, or a slavery to the passions, while at the same time confessing an utter dependence upon God and His eternal law.

“The Truth shall make you free,” as Jesus taught.

“We believe in God, the Father Almighty, maker of heaven and earth.” And we will never declare our independence from Him.”

I am the wife of a Catholic deacon living in Des Moines Iowa. My husband Larry was ordained in 2006. We have two children and five grandchildren.. Our daughter and her family live in Ireland, and our son and his family live in Franklin Massachusetts.
View all posts by Susan Kehoe →
This entry was posted in Discipleship and tagged dependence on God, grace, obedience. Bookmark the permalink.