A Catholic teaching Catholicism. Oh my!

File this under water is wet and the Pope is (gasp) Catholic. 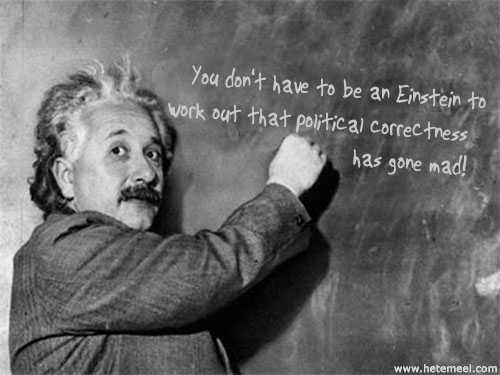 Professor Ken Howell at the University of Illinois, was fired for expressing his Catholic Philosophical and moral view point.  Okay, it is a Public University. But oh wait, the class that he was teaching is “Introduction to Catholicism“.

Academia  has truly abandoned all allegiance to the pursuit of reason, truth, or just plain common sense.

It was not one of those dopey Comparative Religion Courses. (I took such a course so I reserve the right to call them dopey.)  This was a course in Catholicism. Period.

So I am shocked, shocked I say that (horrors) he emailed his students with an explanation of why the philosophy of utilitarianism is against the Catholic Church’s teaching which is rooted in the ancient philosophy of natural law.

Of course his big sin was to apply the Church’s teaching on natural law to homosexual  acts. Note he made it clear that the Church does not teach that having homosexual tendencies are sinful. It is only acting upon them that are.

His second big sin was to email his students in an attempt to help them.  He committed emailicide (AKA death by putting thought in an email)

One anonymous student (how brave) emailed a complaint to the University. The professor was fired. What is worse the Catholic Newman Center did not back him up.  The center has a reputation for being orthodox. Go figure.

Oh the glories of diversity! Of political correctness!

And yes it is political correctness.  Here in Iowa a professor of astronomy was fired because he believes in Intelligent Design. (I am not saying that I buy into Intelligent design as it does not seem to be a coherent theory). The professor never taught ID in his classes. But he had written books. But the same University thought that it was just fine and dandy to promote an atheist professor of religious studies. Go figure.

So I guess you can only teach a politically incorrect subject, Catholicism for example, if you teach what it doesn’t believe.

Get the full scoop from Thomas Peters the American Papist.

If you are interested, he has links to the emails, newspaper articles etc.

I am the wife of a Catholic deacon living in Des Moines Iowa. My husband Larry was ordained in 2006. We have two children and five grandchildren.. Our daughter and her family live in Ireland, and our son and his family live in Franklin Massachusetts.
View all posts by Susan Kehoe →
This entry was posted in Catholic, Culture Wars and tagged Academia, Catholic, homosexuality, natural law, philosophy, Political Correctness. Bookmark the permalink.

1 Response to A Catholic teaching Catholicism. Oh my!