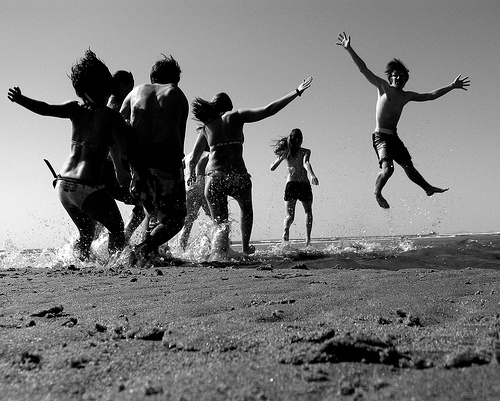 that we want. Not all choices are good. Many choices on the buffet, choosing abortion for example, are evil. When we go against God and his moral law we lose our freedom.  This is because when we go against divine truth we sin. Sin enslaves us; sin does not make us free. Only the Truth can make us free.

Jeffery Steel a former Anglican Priest, and (father of six) crossed the Tiber over a year ago. He has an excellent post up on Experiencing True Freedom as a Catholic.

I was recently asked what I have learned the past year or so after being united to the See of Peter. At the heart of my answer was freedom. Many people might think that a bit oxymoronic having moved from an ecclesial community within the Anglican family and into the hierarchical institution of the Catholic Church. But that is where we get to the heart of real communio.

What some mean by freedom is the demand to have their voices heard today no matter what that voice is saying. Freedom is the demand to no longer be under the “thumb” of what were known as prior givens; anything that keeps one from realizing their full potential is nothing other than a roadblock and an obstacle to true freedom. Therefore, to many, the limits of what the Catholic Church would demand in a world crying out for freedom would be even more burdensome. So how can freedom be experienced in a Church that demands rules and an ordering of one’s public and private life? How can anything demand the course of my life to take a certain shape with such restrictive confines and so many commandments? Isn’t this really an immature dependency rather than true freedom? Sadly, what often happens is that the idea of Church is not as our personal desires want her to be, which is an attack upon our freedom, and a new demand for her to conform to our own desires making her a place for “every freedom” to exist without limits, is shouted from the rooftops.

The first theological lesson to be learned that we find in the clear thinking of Cardinal Newman is that the Church is not a democracy of freedoms.

It is long but well worth the time. Read it all here.

I am the wife of a Catholic deacon living in Des Moines Iowa. My husband Larry was ordained in 2006. We have two children and five grandchildren.. Our daughter and her family live in Ireland, and our son and his family live in Franklin Massachusetts.
View all posts by Susan Kehoe →
This entry was posted in Catholic Moral Teaching, Truth, Uncategorized and tagged Catholic teaching, freedom, truth. Bookmark the permalink.