Monsignor Pope discusses the question,  Can a Catholic Accept Evolutionary 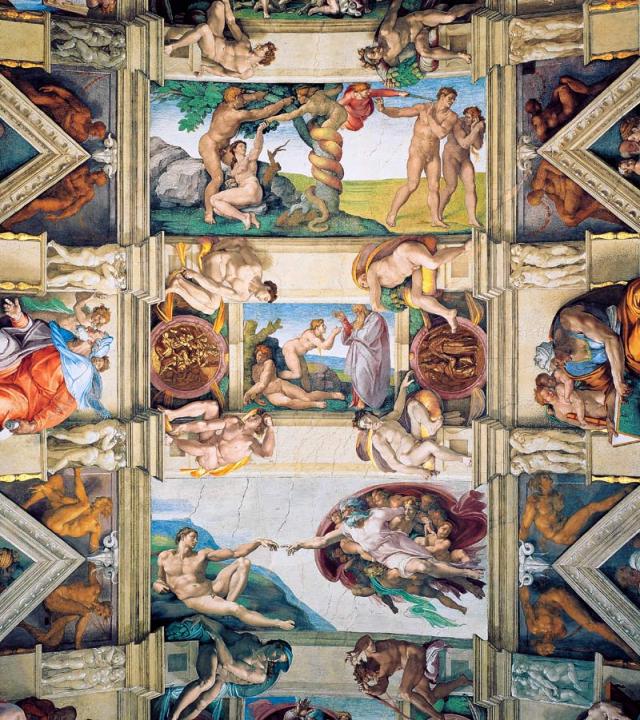 “Hence, a Catholic ought to be very careful to avoid an uncritical acceptance of the Theory of Evolution.  An old maxim comes to mind: Seldom Affirm, never deny, always distinguish. Not a bad approach when it comes to this great debate about Evolution, the Bible and faith.”

Read the post here and do check out the comments.

The good Monsignor also discussed the problem of polygenesis (the theory that human beings descended from multiple humans) in another post. He concluded his post thus:

“So the problem of polygenism is a significant matter for Catholics who want to uncritically accept evolution or understand it in a simplistic and easy-going way. And herein is the central point of this and previous articles of mine on this subject: Namely, it is essential that we make proper distinctions and exclusions if we choose to embrace some aspects of the Theory of Evolution. The Catholic approach to this whole matter is carefully balanced. We are not fundamentalist and creationists but neither do we uncritically accept the Theory of Evolution. We must make proper distinctions, exclusions and clarifications in order to accept what I might term a theistic evolution as a tenable theory. Even here, Catholics are free to reject aspects of a theistic evolution on the grounds of science. But this last distinction (scientific objections) is beyond the role of the Church. Perhaps again,  the old advice is helpful here: Seldom affirm, never deny, ALWAYS distinguish. We need to be careful and sober when it comes to Evolutionary Theory.

“Perhaps it is good to conclude with the words of Pope Benedict which remind us that we are dealing ultimately with a deep mystery for which we must ultimately have great reverence:”

The clay became man at the moment in which a being for the first time was capable of forming, however dimly, the thought of “God.” The first Thou that – however stammeringly – was said by human lips to God marks the moment in which the spirit arose in the world. Here the Rubicon of anthropogenesis was crossed. For it is not the use of weapons or fire, not new methods of cruelty or of useful activity, that constitute man, but rather his ability to be immediately in relation to God. This holds fast to the doctrine of the special creation of man . . . herein . . . lies the reason why the moment of anthropogenesis cannot possibly be determined by paleontology: anthropogenesis is the rise of the spirit, which cannot be excavated with a shovel. The theory of evolution does not invalidate the faith, nor does it corroborate it. But it does challenge the faith to understand itself more profoundly and thus to help man to understand himself and to become increasingly what he is: the being who is supposed to say Thou to God in eternity. (Creation and Evolution: A Conference With Pope Benedict XVI in Castel Gandolfo, S.D.S. Stephan Horn (ed), pp. 15-16)

I am the wife of a Catholic deacon living in Des Moines Iowa. My husband Larry was ordained in 2006. We have two children and five grandchildren.. Our daughter and her family live in Ireland, and our son and his family live in Franklin Massachusetts.
View all posts by Susan Kehoe →
This entry was posted in Science and tagged faith and science. Bookmark the permalink.