Shooting in Tuscan. Lost in Space 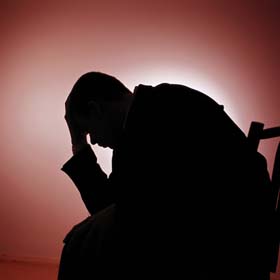 Well there has certainly been a lot of commentary concerning the terrible shooting in Tuscan. This is not a political blog and I avoid politics like I avoid black pudding (blood sausage) and Lima beans.

But I just cannot keep my very opinionated two cents out of the fray.

First, let me get this straight. A deranged young man opens fire on a congresswoman and the crowd in attendance, and it is the fault of  Sarah Palin, the tea party, republicans, right wing rhetoric et all?  Gee.  The shooter has a media made defense if a mental defect defense fails.

What about left wing rhetoric?  Please they are no paradigms of civility either.

Don’t get me wrong, Sarah Palin irritates me. I do not find her to be intelligent. But Nancy Pelosi irritates me, and if she is intelligent she is unable to articulate it. Nor do I find her particular civil. Yet I would not pin responsibility on her democratic donkey for the violent acts of a lunatic.

The shooter, by all accounts did not have an affiliation with any party or movement.

So what is it with the media coverage? An agenda much? Elizabeth Scalia, aka The Anchoress, in her post, The Madness of the Mainstream Media, chronicles it for us here.

There does need to be a national conversation, but not about our civil discourse or lack there of. At least not in the context of this issue.

First we are dealing with an extremely disturbed and probably mentally ill individual. Jared Loughner was known by his community, friends, and the police to be ill and likely dangerous.

“The police were sent to the home where Jared L. Loughner lived with his family on more than one occasion before the attack here on Saturday that left a congresswoman fighting for her life and six others dead, the Pima County Sheriff’s Department said on Tuesday.”

“A friend of Mr. Loughner’s also said in an interview on Tuesday that Mr. Loughner, 22, was skilled with a gun — as early as high school — and had talked about a philosophy of fostering chaos.”

“He was a nihilist and loves causing chaos, and that is probably why he did the shooting, along with the fact he was sick in the head,” said Zane Gutierrez, 21, who was living in a trailer outside Tucson and met Mr. Loughner sometimes to shoot at cans for target practice.

My question, therefore, is twofold.

Why is it almost impossible to protect society from mentally ill people. I have heard countless horror stories from families with adult children who are psychotic and/or schizophrenic, for example, and cannot find help.

Why was Jared Loughner able to buy a gun? He was known to law enforcement as a less than stable individual. I don’t see why any person, who is not in the military or law enforcement, needs a semi automatic gun. With rapid fire and a magazine with a large capacity.

But instead of discussing the failure of our society to deal with the dangerously mentally ill, and the availability of fire arms, the media has Sarah Palin in their collective, ummm, cross-hairs.

I am the wife of a Catholic deacon living in Des Moines Iowa. My husband Larry was ordained in 2006. We have two children and five grandchildren.. Our daughter and her family live in Ireland, and our son and his family live in Franklin Massachusetts.
View all posts by Susan Kehoe →
This entry was posted in Media, Politics. Bookmark the permalink.

1 Response to Shooting in Tuscan. Lost in Space