Sex and the Married Deacon

Ok, I am now going into territory that more angelic deacon wives might fear to 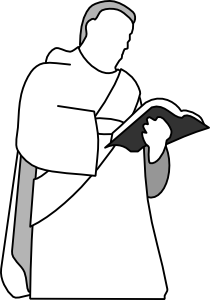 tread.  For several days the Catholic blogs have  been heating up on the question, “ are married deacons obligated under Canon Law to observe continence” (abstaining from sex). Of course this would mean that deacons wives would, by default, have to abstain.

For the record, I tried to stay out of the discussion. Really. But it will not die. And I do have a horse in the race.

It all began with a paper by Canonist Dr. Ed Peters http://www.canonlaw.info/a_deacons.htm. Dr. Peters, who I respect and admire, asserts that married deacons are required under cannon law to be continent. Huh!

My Jaw is still super glued to the floor.

But I respectfully think that he is wrong. It is my humble opinion that he is looking through a very narrow canon law lens.  That said, let me be clear: if Dr. Peters is correct and the Church issues a clarification deacon and I will, of course, be obedient.

Thankfully, I am not alone. Here is a taste.

Well, now.  Does anyone seriously think that tens of thousands of married deacons — not to mention the hundreds of married priests — are now suddenly going to commit to stop having sex with their wives?  Does anyone think the vocation could even survive such a 180 degree turnaround?

Well yes if the Holy Spirit wills it.

Deacon William T. Ditewig, who has a Ph.D in theology from the Catholic University of America weighs in  you can read his arguments here. His conclusion is, therefore, that the mind of the church is such that there is NO expectation of clerical continence by married deacons, despite Dr. Peters’ claims.  Perhaps Dr. Peters is correct that the law should be changed to prevent any similar misunderstanding in the future.

There are many more priests and deacons who have weighed in on the subject, but I am not going to link to them all. Some have taken Dr. Peters position, but his is the most compelling. His latest contribution may be found here.

Okay. So even though I am the peasant in the room, I am going to weigh in. Being out classed has never stopped me before.

The Code of Cannon Law (CCL) is not, as I understand it, always the final say on Church teaching and disciplines.

First let us consider the Rite of Ordination to the deaconate. In the rite, unmarried men promise to remain celibate.  If married deacons are to practice continence, why is such a promise not included in the rite for married men?

The document, Basic Norms for the Formation of Permanent Deacons states:

…. For married candidates, to live love means offering themselves to their spouses in a reciprocal belonging, in a total, faithful and indissoluble union, in the likeness of Christ’s love for his Church; at the same time it means welcoming children, loving them, educating them and showing forth to the whole Church and society the communion of the family…..(#68)

This suggests that married deacons are not required to abstain. At least I don’t think that the passage is saying, in effect, hurry up and have children while you are in formation, because once you are ordained it will not be possible!

The second document, Directory for the Ministry and Life of Permanent Deacons is clear:

“The Sacrament of Matrimony sanctifies conjugal love and constitutes it a sign of the love with which Christ gives himself to the Church (cf. Eph. 5:25). It is a gift from God and should be a source of nourishment for the spiritual life of those deacons who are married.” (#61)

In other words the physical union of husband and wife is integral to the life of the married deacon (and all married persons).

Third, in the early Church, married men were ordained to the deaconate. There is no evidence, no record that they practiced continence.

Whoever denigrates marriage also diminishes the glory of virginity. Whoever praises it makes virginity more admirable and resplendent. What appears good only in comparison with evil would not be truly good. The most excellent good is something even better than what is admitted to be good. (CCC 1620).

Yes. I do think that requiring continence from married deacons degrades the Sacrament of Marriage. It also diminishes the great sacrifice that celibate clerics offer up for the kingdom

It turns marriage into something that it is not. Sacramental Marriage is unitive and fruitful (along with indissoluble). It is through chastity and the marital act that unity is fully realized. And of course, unless you are the Virgin Mary, continence precludes fruitfulness.

Okay, for older deacon wives fruitfulness is moot. But it applies to younger deacons and their wives.

The CCC states, 1643 “Conjugal love involves a totality, in which all the elements of the person enter – appeal of the body and instinct, power of feeling and affectivity, aspiration of the spirit and of will. It aims at a deeply personal unity, a unity that, beyond union in one flesh, leads to forming one heart and soul; it demands indissolubility and faithfulness in definitive mutual giving; and it is open to fertility. In a word it is a question of the normal characteristics of all natural conjugal love, but with a new significance which not only purifies and strengthens them, but raises them to the extent of making them the expression of specifically Christian values.

Okay getting off my soap box now.  Besides I may be wrong, but I think that this is just a case of Canon Law not being in sink with the actual mind of the Church. It should be clarified so that we don’t indulge in making mountains out of ant hills.

I am the wife of a Catholic deacon living in Des Moines Iowa. My husband Larry was ordained in 2006. We have two children and five grandchildren.. Our daughter and her family live in Ireland, and our son and his family live in Franklin Massachusetts.
View all posts by Susan Kehoe →
This entry was posted in Deaconate and tagged Canon Law. Bookmark the permalink.

17 Responses to Sex and the Married Deacon