I don’t know how I missed this. It is so clear to me, even as I don’t live it, that we are 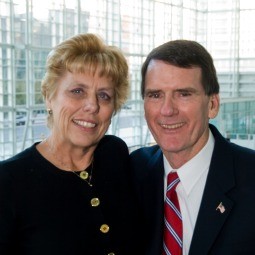 but pilgrims on this earthly vale of tears. Our true home is Zion the heavenly Jerusalem.

Archbishop Chaput of Denver has a great article on the Catholic Judge who was gunned down in Tuscon.  Grab your tissues!

In January 2008, at the invitation of Bishop Thomas Olmsted, I gave a homily at the annual Red Mass for attorneys, judges and public officials in Phoenix.  The theme wasn’t new; I’ve said it a hundred times.  So has Bishop Olmsted.  So have many other bishops.  But over the past weekend I dug it out and reread the homily’s last few lines:

“We’re citizens of heaven first. Our time here is limited. This life passes. Eternity is forever. We need to act in this world accordingly, with lives of Christian service to the poor and afflicted—including the unborn child, the immigrant, the homeless and the elderly. The more authentically Catholic we are in our lives, our choices, our actions and our convictions, the more truly we will contribute to the moral and political life of our nation.”

Sitting in the congregation that day was a woman named Maureen, an active and very committed Catholic, and a veteran of crisis pregnancy counseling with Tucson’s Catholic Charities.  After the liturgy she moved on to the other tasks of her day, as I did mine.  Except that Maureen apparently talked about the Red Mass with her spouse.  And 10 months later, after the 2008 election, I got the first of several extraordinary letters from her husband—John Roll, chief judge of the federal District of Arizona; the same John Roll who died in the terrible Jan. 8 shootings in Tucson. Read more here.

I am the wife of a Catholic deacon living in Des Moines Iowa. My husband Larry was ordained in 2006. We have two children and five grandchildren.. Our daughter and her family live in Ireland, and our son and his family live in Franklin Massachusetts.
View all posts by Susan Kehoe →
This entry was posted in Catholic Church, Miracles. Bookmark the permalink.