The 99 Lost Sheep:20 Somethings and the Catholic Church

The Church is losing young people. Outreach to the twenty something 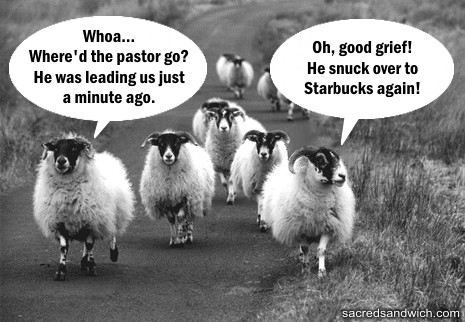 demographic has been, for the most part, a failure. How do we go about evangelizing young adults in a culture which brands Catholics as anti-women, puritanical, homophobic bigots?

Well I found an interesting article on the subject in, of all places, The Huffington Post. Tyler Mahonny, a 23 year old Duke Divinity School graduate attended a “Lost? Twenty-Somethings and the Church Conference held by The Francis and Ann Curran Center for American Catholic Studies and The Fordham Center on Religion and Culture.

He points out that many young Catholics shy away from identifying as Catholics. But why? Tyler makes the point that the Church has not armed them to defend their faith

“Those of us who are already self-flagellating, crusade-supporting, meat-free-Fridays Catholics know the answer instinctively. The minute I tell someone I’m Catholic I become the public face of the Catholic Church and must defend against myriad verbal wallopings from my secular friends and Protestant brothers. The hierarchy of the Church sends me, whether they intended to or not, to do the public relations work they have grossly failed to address since the Boston scandal broke. I’ve had practice, but many people my age haven’t had the luxury of sitting in theology classes for six years.

Therein lies the issue, which Fr. Robert Beloin, Yale University’s Catholic chaplain, brought up at a later conversation. Young people simply don’t have the language to talk about the Church with any kind of theological vigor Fr. Beloin says, “One of the takeaways from today, make the decision not to write off young people as invisible. So much of parish life is CCD, kiddy Catechetics, senior citizens programs, and young adult programs are invisible.” I couldn’t agree more. It often seems like the Catholic Church kicks us out after college and tells us to come back when we have kids.”

The disconnect is all too clear: We are the age group that spends the most time with twenty-somethings, the demographic the church is hurting for in the worst way. Though they need us, we are by and large ignored and ill-prepared to face the slings and arrows of our secular peers. Millennials are expected to apologize for a hierarchy that wants us to be a part of its ancient tradition, but has made no meaningful effort to include us. It’s like playing soccer when your coach is on the wrong field, giving orders to other teams while our opposing team sends us to the hospital.”

Gee Barney Theology doesn’t work. Who would have thunk. We baby boomers have a lot to answer for.

Another point that was brought up at the conference is that we old fogeys are the immigrants of the digital world. Young adults are the natives.

“This is an important point: it is easy to bash the Church hierarchy. But most of the Bishops and Cardinals don’t understand the digital world twenty-somethings live in. Author and education reformer Ken Robinson once said that when families immigrate to a country where a different language is spoken, their children play a key role. The children usually learn the language and customs first, normally through socializing institutions like schools. They’re the ones who explain and translate things to their parents. The same holds true today, where young people have to sit down with nuns and priests to explain how the digital world works and how it can be used to reach young people.”

Ok I admit it. It is true that I am not really at home with the social networks. I  have embraced the wonders of the wild and free world of the internet since 1995. But I do feel like an alien in places such as Facebook.  I only have a green card.

Yup we need help—and not just priest and nuns. This Granny needs help. The only reason that this blog got up and running last May is because a young adult came to my house and walked me through the process.  When I discovered how easy it was I was quite embarrassed. Me the woman who could link files on a Commodore 64 computer was intimidated!

Tyler has some strategy’s for the millenials vs. boomers problem:

“How do we bridge the gap between boomers and millennials? The answers are complicated. But I have a few suggestions. There need to be more conferences like the one at Fordham. Not only is it refreshing to see a few young theologians in a sea of gray hair, such conferences demand thoughtful consideration about topics that affect both generations in ways that are at once quite different and closely related. Other, more programmatic approaches encourage activities like Theology on Tap. The Church hierarchy’s response came up repeatedly during the conference. When are they going to listen? What will they do then?

Ignore the hierarchy for now, they will catch up eventually. Start the work on your own: no one needs a priest’s permission to evangelize. Joseph Nuzzi, a pastoral assistant in New York City, says the hierarchy “can be managed, but they are a liability. We have a bad image in the media and the hierarchy isn’t helping us right now.”

Intergenerational dialogue starts with friendships. How does someone over 40 or 50 form a friendship with a twenty-something? How do they relate? If you see it more as a cultural divide than a generational divide, it’s doable. Mutual respect bridges cultural divides. It doesn’t have to be hard. I’m looking for mentors, as are millions of my millennial peers. Google can only teach us so much. Boomers have the experience we want to learn from, but they have to be willing to learn from us too. Remember, you are immigrants in our world. But you can teach us of a world that Peter Maurin, the co-founder of The Catholic Worker movement once said, “a philosophy so old, it looks like new.” I’m not quite sure we have a chance at roping these twenty-somethings in with the Baltimore Catechism or the Latin Mass, though some are trying. Go back farther in time, to the labor of St. Benedict, the care of St. Francis, and the expression of Gregorian chant.”

I do have one observation. Mutual respect is a laudable goal. The key word is mutual. Young adults need to recognize that we older folk have a lot to offer. Too often the young when coming in contact with an alien boomer come of as patronizing and treat us as irrelevant. That is hard to take.

I am the wife of a Catholic deacon living in Des Moines Iowa. My husband Larry was ordained in 2006. We have two children and five grandchildren.. Our daughter and her family live in Ireland, and our son and his family live in Franklin Massachusetts.
View all posts by Susan Kehoe →
This entry was posted in Evangelization, Uncategorized and tagged baby boomers, Catholic, millenials. Bookmark the permalink.

5 Responses to The 99 Lost Sheep:20 Somethings and the Catholic Church