This is wonderful news. One of the women ordained by the media in 2007 , 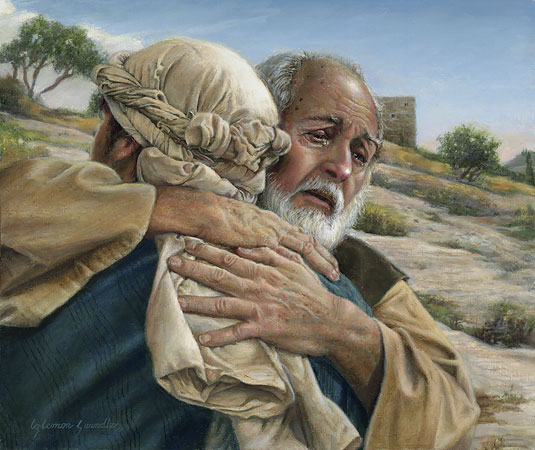 has publicly renounced her actions and admitted her error. Norma Jean Coon, on her website writes (H/T Fr. Z):

On July 22, 2007, I was ordained to the diaconate by Bishop Patricia Fresen, of Germany and South Africa who was ordained by three male bishops in Germany for the group called Roman Catholic Women Priests. The ordination took place at the Santa Barbara Immaculate Heart Spiritual Center. Because neither Patricia Fresen nor myself were given permission for the ordination by Pope Benedict XVI, the ordinations were illegitimate and not recognized by the Roman Catholic Church. Thus an excommunication process called Latae Sententiae occurred, excommunicating oneself by failure to observe the Canon Laws of the Church.

I wish to renounce the alleged ordination and publicly state that I did not act as a deacon as a part of this group except on two occasions, when I read the gospel once at mass and distributed communion once at this same mass. I withdrew from the program within two weeks of the ceremony because I realized that I had made a mistake in studying for the priesthood. I confess to the truth of Pope John Paul II’s Apostolic Letter Ordinatio Sacerdotalis . I confess the authority of the Holy Father on these issues of ordination and recognize that Christ founded the ordination only for men.

Formally, I relinquish all connection to the program of Roman Catholic Women Priests and I disclaim the alleged ordination publicly with apologies to those whose lives I have offended or scandalized by my actions. I ask God’s blessings upon each of these folks and their families.

Thanks be to God! Please keep Norma in your prayers.

I am the wife of a Catholic deacon living in Des Moines Iowa. My husband Larry was ordained in 2006. We have two children and five grandchildren.. Our daughter and her family live in Ireland, and our son and his family live in Franklin Massachusetts.
View all posts by Susan Kehoe →
This entry was posted in Women and tagged Catholic, women Priests. Bookmark the permalink.