Saint of the Day: Isidore, Bishop and Doctor of the Church

“St. Isidore, who succeeded his brother St. Leander as Archbishop of Seville, 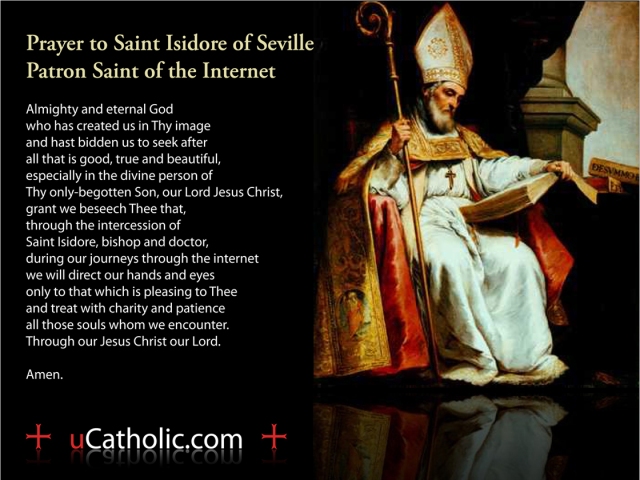 was one of the great bishops of the seventh century. He was proficient in all brances of knowledge and was regarded as one of the most learned men of his time; with Cassiodorus and Boethius he was one of the thinkers whose writings were most studied in the Middle Ages, St. Isidore died in 636. Pope Innocent XIII canonized him in 1722 and proclaimed him a Doctor of the Church.”

I am the wife of a Catholic deacon living in Des Moines Iowa. My husband Larry was ordained in 2006. We have two children and five grandchildren.. Our daughter and her family live in Ireland, and our son and his family live in Franklin Massachusetts.
View all posts by Susan Kehoe →
This entry was posted in Saints and tagged Catholic, Doctors of the Church, Saints. Bookmark the permalink.