All Sin is Ugly. Get Thee to Confession.

I have often said that we all fall short of the Glory of God. We are fallen creatures. 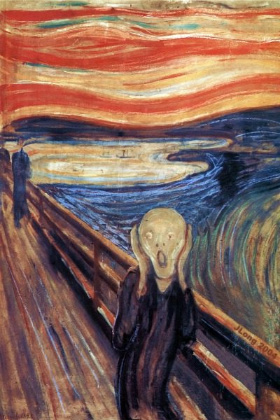 We sin.  All sin harms our relationship with God. Grave sins cuts us off from participating in the very life of God.

Over at the National Catholic Register, Simcha Fisher, reminds us that All Sin is Disgusting. Just because our sins seem small, we should not become complacent.

When I think about an alcoholic, I am astonished that someone would choose so much sin and ugliness over everything that is good in the world.  But I do this every single day.  Every single hour of every single day.  I’ve been going to confession for thirty years, and I confess the same damn things every single time.  If that’s not an addiction, I don’t know what is.  It’s simply my good fortune that the sins I am addicted to aren’t very public, or very far-reaching.  When I sin, I don’t get arrested for it, or lose my children because of it, or ruin my organs, or lose my chance at having a normal marriage.  I’m lucky, and very grateful, that my sins don’t affect very many people.

Or do they?  If you want a truly lenten experience, then pray earnestly that the Holy Spirit will reveal to you the damage that your sins have done.  And then hold onto your butts, because it’s going to be a horrible ride.  Don’t forget to pray for hope and healing at the same time, nothing hurts more than looking your own guilt in the face.

“Well,” you may say, “Sure, I’m addicted to my sins, and I’m sure that even the venial sins I commit do hurt people in ways that I don’t fully realize.  But if my sins were public, or illegal, or had obvious, catastrophic consequences, then surely I would be more motivated to give them up!  These alcoholics, these public sinners are still worse than I am, because they don’t change their lives even when the consequences are so obviously terrible!”

All right.  But if my sins are so small in comparison—shouldn’t that make them easier to give up?  I’m not responsible for changing the pattern of sin in my life because they are minor and easy to change—does that make any sense?  Face it:  we are all addicts.  We are all spiritual criminals.  We are all monsters of selfishness.  Our sins are disgusting—all of them, mortal, venial, thought, word, and deed.  Venial sin isn’t trivial or separate from mortal sin:  it is what makes mortal sin possible, bearing it up and supporting it like a rotten ship on an ocean of sewage.  We belong to a Communion of Sinners, and every little sin contributes to the whole hellish chorus of protest against God.

The passion and death of our Lord wasn’t mostly for the alcoholics and the gays and the drug addicts, and then a little bit for the venial crowd, like you and me.  He died for my sins.  He would have died for my sins only, because they are that bad.

Don’t be fooled by the false hierarchy of sins that we learn from the law, or even the false hierarchy of guilt that human consequences seem to reveal.  Some people are worse than others, and some sins are worse than others.  But at the last judgment, we will see clearly that all of us are so far—so very, very far away from what God wants—that the distinctions we make between this sin and that sin will seem almost meaningless.

We sin:  He died.  That’s what matters.  God have mercy. Read the article here.

Okay, I am going to confession tonight. God have mercy indeed.

I am the wife of a Catholic deacon living in Des Moines Iowa. My husband Larry was ordained in 2006. We have two children and five grandchildren.. Our daughter and her family live in Ireland, and our son and his family live in Franklin Massachusetts.
View all posts by Susan Kehoe →
This entry was posted in Evil and tagged Confession, Mercy, sin. Bookmark the permalink.

1 Response to All Sin is Ugly. Get Thee to Confession.