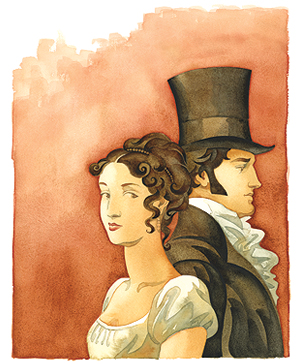 possible to live a chaste life in sex saturated culture.  It is assumed that dating is for sex and not for finding a spouse.

Mark Mitchell over at Front Porch Republic has an excellent assessment of our morally bankrupt culture. H/T Joe Carter on the First Thoughts blog.

“Nevertheless, the advent of the so-called hook-up culture has fostered expectations among young men that encounters with co-eds naturally lead to no-strings-attached sex. Sex is not preceded by an altar, commitment, “I love you”, or even a decent conversation. In a hook-up culture anonymous sex is not a scandal but, it would seem, the ideal, for when sex is depersonalized, it cannot lead to the complications associated with affection, vulnerability, and the desire to sacrifice for the good of the other person.

Try, for instance, to imagine Elizabeth and Mr. Darcy (Lizzy and Fitz no doubt) hooking up. It is impossible. Given who they are and the value they place on propriety, constancy, amiability, and marriage, to imagine them participating in the hook-up culture is to debase them. It is to seriously damage their integrity as persons. How could it do anything less?

Excatly. Austin and her characters understood what our supposedly enlightened society refuses to face.  People are not objects to be used.

Do read the entire article here.

I am the wife of a Catholic deacon living in Des Moines Iowa. My husband Larry was ordained in 2006. We have two children and five grandchildren.. Our daughter and her family live in Ireland, and our son and his family live in Franklin Massachusetts.
View all posts by Susan Kehoe →
This entry was posted in Sin, Theology of the Body, Uncategorized and tagged Hook up culture, Pornography, Sex. Bookmark the permalink.