The Des Moines Register editorial staff has finally jumped the shark.   Their 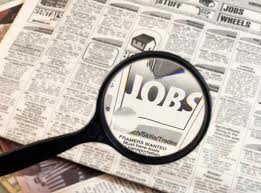 There is a business that wants to move from Nebraska to Iowa. It would bring some high-paying jobs to our state.

Based on how these things typically work, state officials would fall all over themselves, offering tax breaks or forgiveable loans or both to seal the deal. Those “sweeteners” would be offered even if critics pointed out the business’ record of polluting the environment or exploiting workers with low wages and the lack of benefits. Government would justify its actions by reminding us that job creation is important for Iowa’s future and that government shouldn’t stick its nose into a business’ operations.

But this time, lawmakers are doing everything they can, including the use of twisted logic, to keep this business out of Iowa.

That’s because this particular business belongs to Nebraska physician LeRoy Carhart, who performs so-called “late term” abortions. He wants to open a clinic in Council Bluffs. Lawmakers can’t see past the controversy to recognize that he provides a legal medical service and would employ trained medical personnel who would pay taxes.  Continue reading here.

This is the stupidest Pro Abortion argument that I have encountered to date. By their reasoning we should bring back the death penalty, in Iowa, in order to create jobs.

I am the wife of a Catholic deacon living in Des Moines Iowa. My husband Larry was ordained in 2006. We have two children and five grandchildren.. Our daughter and her family live in Ireland, and our son and his family live in Franklin Massachusetts.
View all posts by Susan Kehoe →
This entry was posted in Abortion, Culture of Death and tagged Late term abortions. Bookmark the permalink.