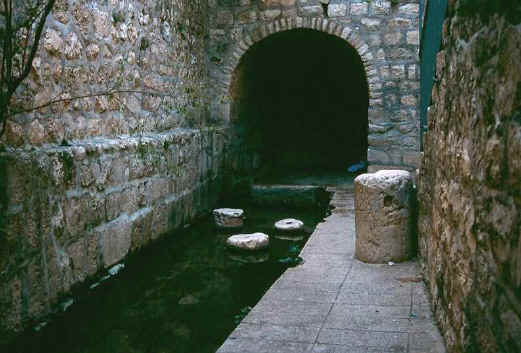 Saint Justin Martyr explains in his Dialogue with Trypho that there was a first century Jewish sect known as the “Baptists.” Saint Epiphanius records that they were a strict subset of the Pharisees (Adversus Haereses 1, 17). According to the latter, these Jews baptized themselves every single day of the year and were also called “Daily Baptists.”

Cornelius a Lapide records, “There are some Jews among the Rabbis who practise the same rites even at the present day. But this is to live the life of ducks and fishes, rather than of men.”

Well. I knew that ritual immersion was a common Jewish practice. But I didn’t realize that there was a sect that were called Baptists.

I love the internet!

I am the wife of a Catholic deacon living in Des Moines Iowa. My husband Larry was ordained in 2006. We have two children and five grandchildren.. Our daughter and her family live in Ireland, and our son and his family live in Franklin Massachusetts.
View all posts by Susan Kehoe →
This entry was posted in Early Church, Sacraments and tagged Baptism, Catholic, Jewish. Bookmark the permalink.