Of Prudes and Libertines

Over at The Catholic Thing, Anthony Esolen has an interesting post up (H/T NEW 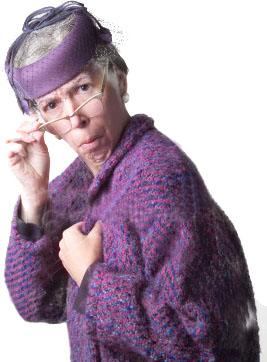 Of the two, which is the worse? Another way to ask the question is, “Which of the two, the prude or the libertine, corrupts the more noble virtue, and to what degree does he corrupt it?” Then, it depends. Whenever spiritual pride is mingled into our vices – and there are libertines just as proud of their vice as some prudes are proud of theirs – then we are immediately in the realm of the diabolical. But short of that, I think we have to conclude that it is far worse to be the libertine. The prude errs in prudence – that is where the word comes from – while the libertine denies that there are any rules of prudence, or charity, or chastity, to be observed in sexual matters at all, so long as the sinners consent.

We’re not talking here about people who fall prey to a temptation they recognize, but about people who have come to deny that there is anything to be tempted about in the first place. The difference is between someone who lies with a bad conscience, and someone who lies with no conscience; not the compromised, but the depraved. Change the object from sex to money, or political authority, or education, or military discipline. What kind of society could possibly be built upon the lawlessness of the libertine?

It is one of the crowning achievements of the evil counselors in our time to make prudes look good.  Read the entire post here.

I am the wife of a Catholic deacon living in Des Moines Iowa. My husband Larry was ordained in 2006. We have two children and five grandchildren.. Our daughter and her family live in Ireland, and our son and his family live in Franklin Massachusetts.
View all posts by Susan Kehoe →
This entry was posted in Catholic Moral Teaching, Uncategorized and tagged Sexuality. Bookmark the permalink.