Oh My. The End Must be NIgh 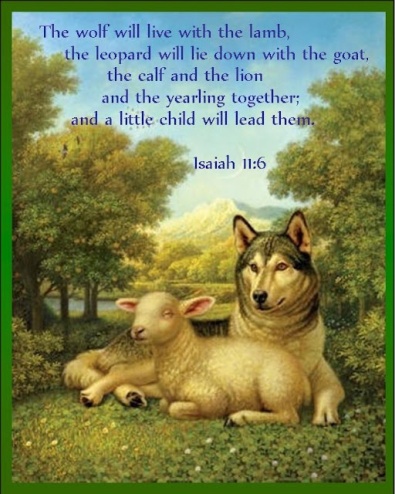 on anything is impossible, I see this headline (H/T New Advent)

We, the editors of four Catholic journals — America, National Catholic Register, National Catholic Reporter and Our Sunday Visitor — urge the readers of our diverse publications and the whole U.S. Catholic community and all people of faith to stand with us and say, “Capital punishment must end.”
The Catholic Church in this country has fought against the death penalty for decades. Pope St. John Paul II amended the universal Catechism of the Catholic Church to include a de facto prohibition against capital punishment (CCC 2263-2267). Last year, Pope Francis called on all Catholics “to fight … for the abolition of the death penalty.” The practice is abhorrent and unnecessary. It is also insanely expensive as court battles soak up resources better deployed in preventing crime in the first place and working toward restorative justice for those who commit less heinous crimes.
Admirably, Florida has halted executions until the Supreme Court rules, and Ohio Gov. John Kasich has postponed all seven executions in the state scheduled for 2015 pending further study. Pennsylvania Gov. Tom Wolf declared a moratorium on the death penalty until he has received and reviewed a task force’s report on capital punishment, which he called “a flawed system … ineffective, unjust, and expensive.” Both governors also cited the growing number of death row inmates who have been exonerated nationwide in recent years.
In a statement thanking Wolf, Philadelphia Archbishop Charles Chaput said: “Turning away from capital punishment does not diminish our support for the families of murder victims. … But killing the guilty does not honor the dead nor does it ennoble the living. When we take a guilty person’s life we only add to the violence in an already violent culture and we demean our own dignity in the process.”
Archbishop Chaput reminds us that when considering the death penalty, we cannot forget that it is we, acting through our government, who are the moral agents in an execution. The prisoner has committed his crime and has answered for it in this life just as he shall answer for it before God. But, it is the government, acting in our name, that orders and perpetrates lethal injection. It is we who add to, instead of heal, the violence. (Read more….)

Now if we could get them to unite on pro life issues including abortion, torture, care for the poor etc. etc . Well all things are possible through and in Christ.

And this is a start.

I am the wife of a Catholic deacon living in Des Moines Iowa. My husband Larry was ordained in 2006. We have two children and five grandchildren.. Our daughter and her family live in Ireland, and our son and his family live in Franklin Massachusetts.
View all posts by Susan Kehoe →
This entry was posted in Abortion, Catholic Moral Teaching, Culture of Death, Pro life, Social Justice, Social Teachings and tagged Catholic, Catholic Media, death penalty, seamless garment. Bookmark the permalink.

1 Response to Oh My. The End Must be NIgh