The Hollowing of Grief

Dad died suddenly just after 2 am on July 4th. Grief, I am learning, is an odd emotional state to be in. The moment that 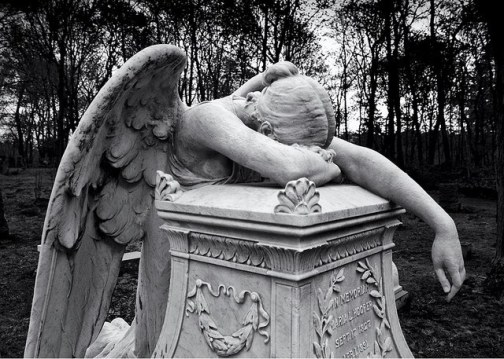 I saw Dad on the floor, I knew that he was gone. In that moment my life changed.
It is not that I was consumed by grief. What does that even mean?

Since that moment, I feel hollow. Empty. In the first few weeks, I had panic attacks. C.S Lewis said, after his wife’s death, No one ever told me that grief felt so like fear. I am not afraid, but the sensation is like being afraid.  Until I experienced it, I had no idea what he was trying to convey.

But that is the thing. It is impossible to really understand grief until you experience it. To be honest, I didn’t expect to really grieve. Dad was eighty-eight and frail. It was not really unexpected. Grief came as a complete surprise.

One of the first thoughts that came to my mind was that grief is hollowing. Strange thought that. Strange feeling.  My faith, I always thought, was too much in my head and not enough in my heart. I prayed desperately for that to change. But if my faith had not been so grounded in my intellect, I would be experiencing a major crisis of faith.

God it seems has a strange way of answering prayers. It seems that all these years of studying, have prepared me for this particular time in my life.

I have not been able to feel God’s presence at all. Not in prayer. Not in Church. Not even in the Eucharist.  But I am not experiencing a dark night of the soul. Weird. There is no wrenching doubt. There has not been one second of wondering if God exists.

I can not explain it. I can only be thankful.

Taking care of my Mom is hard. Without faith–without God–it would be impossible. She is not an easy woman in the best of times. Now she has lost her love of 64 years.

Oh and did I mention that when he dropped dead, he slammed into my mother and broke her shoulder?  It was a nightmare for the first four months. But then it is when I am at my weakest that God gives me the grace to deal with the situation.

Although I can not feel his presence, He is there after all.

I am the wife of a Catholic deacon living in Des Moines Iowa. My husband Larry was ordained in 2006. We have two children and five grandchildren.. Our daughter and her family live in Ireland, and our son and his family live in Franklin Massachusetts.
View all posts by Susan Kehoe →
This entry was posted in God, Suffering, Uncategorized and tagged death, faith, grief. Bookmark the permalink.

4 Responses to The Hollowing of Grief