Disclosure: I have Deacon’s permission to tell this story. 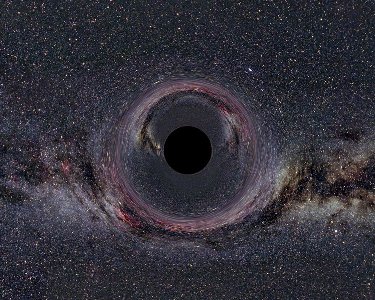 It was Good Friday in 1995. Deacon and I had moved back from Ireland in February. Deacon was looking for work. We were living with my parents. All of our things were in storage. We had nothing that was ours. Deacon still talks about not having any keys.

Now he is very grateful for having keys to work, Church, home, car. He will never complain again of having too many.

Deacon is not prone to despair. But twice in our marriage I have seen him go through what I call his black Irish mood. The last time was on that Good Friday in 1995. Grimly appropriate, don’t you think?

He felt like he had been sucked into a black hole where no light and no hope could penetrate. But he knew that it was temporary. He knew that the despair would pass. Easter would come. His faith never wavered.

We went to confession. Deacon went first. Then it was my turn. The priest was very concerned about Larry; he thought that my husband was suicidal. I assured the good father that my dear husband was most certainly not contemplating suicide.

But I could not convince Father. The priest probably had experiences with the loved ones of people who committed suicide. Most of them probably never saw it coming. So my assurances that my husband would be just fine by the next day fell with a thud on his hears.

I still don’t know if I received absolution. We laugh about this now. And the priest clearly thought that I was either in denial or just didn’t care.

But my husband and I know each other inside out. We talk even when one of us is down. He would have told me if he had thoughts of ending his life.

It is just not in his character to give in or give up. And he never doubted God’s grace. He knew that God had a plan for him.

There are people of faith, however, that do commit suicide. I have attended too many funerals of young men who have taken their own lives. Young men of faith.

A reader wrote me recently about an old friend who had committed suicide. The man believed in God, but he couldn’t believe in God’s mercy and forgiveness. My reader asks,

“I’m having problems with this. I think that suicide is as evil as abortion. It’s shameful that we don’t rally to stop suicide. I wonder if you could post some helpful thoughts about this topic.”

First, it is important to note that most people do not commit suicide to end their lives. They are usually not choosing death. They just want their pain, physical or psychological, to end. Often they have tried many other ways to end their pain. Despair sets in. There appears to be no hope. They become convinced that suicide is the only solution.

Loved ones are left with tremendous feelings of guilt. Often there were no signs. Sometimes friends and loved ones know that something is wrong, but the troubled person resists all offers of help and assistance.

Suicide, too often, is impossible to stop.

Is suicide as evil as abortion?  The act of suicide, since it is an offense against the dignity of the human person is always a moral evil.

The Catechism of the Catholic Church (CCC) states:

2280 Everyone is responsible for his life before God who has given it to him. It is God who remains the sovereign Master of life. We are obliged to accept life gratefully and preserve it for his honor and the salvation of our souls. We are stewards, not owners, of the life God has entrusted to us. It is not ours to dispose of.

2281 Suicide contradicts the natural inclination of the human being to preserve and perpetuate his life. It is gravely contrary to the just love of self. It likewise offends love of neighbor because it unjustly breaks the ties of solidarity with family, nation, and other human societies to which we continue to have obligations. Suicide is contrary to love for the living God.

This does not mean, however, that the person who commits suicide is evil. Most people do not end their lives to offend God or to lead others away from God. To be guilty of a grave, or mortal sin, one has to do so as a deliberate and rational act.

But most people who take their lives have grave psychological problems, are in great pain and anguish, or are not capable of enduring suffering or hardship. These and other factors can diminish the culpability of the person who takes such a drastic action.

The Church hopes for God’s great mercy in the case of the person who commits suicide. We simply do not know the condition of the person’s soul. It is definitely above our pay grade!

I am the wife of a Catholic deacon living in Des Moines Iowa. My husband Larry was ordained in 2006. We have two children and five grandchildren.. Our daughter and her family live in Ireland, and our son and his family live in Franklin Massachusetts.
View all posts by Susan Kehoe →
This entry was posted in Moral Theology, Pro life and tagged black holes, Catholic teaching, evil, mental illness, prolife, Suicide. Bookmark the permalink.

1 Response to Dark Holes of Despair