This article reports that most Christian teens are lukewarm, at best, about their faith.

The study, which included in-depth interviews with at 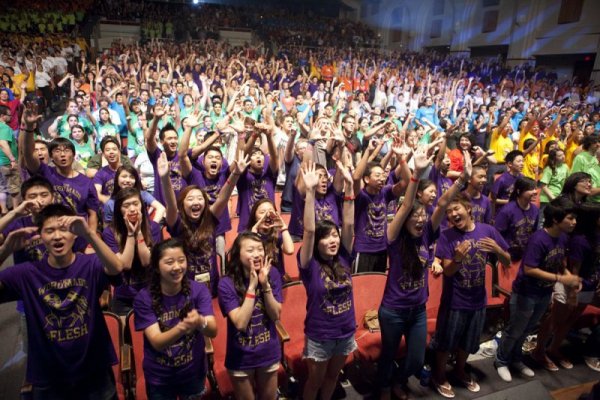 least 3,300 American teenagers between 13 and 17, found that most American teens who called themselves Christian were indifferent and inarticulate about their faith.

The study included Christians of all stripes — from Catholics to Protestants of both conservative and liberal denominations. Though three out of four American teenagers claim to be Christian, fewer than half practice their faith, only half deem it important, and most can’t talk coherently about their beliefs, the study found.

Many teenagers thought that God simply wanted them to feel good and do good — what the study’s researchers called “moralistic therapeutic deism.” Via CNN

I believe this is why so Christian churches which have abandoned truth and orthodoxy are all but dying. Either Christianity is worth dying for because it is true, or who cares? Even when solid catechesis is offered and the hard truths are preached by bishops, priests, and deacons it doesn’t stick because parents are not living the faith.  Most people follow the zeitgeist and not the Church.

This is true of the Catholic school kids as well as those who are in the parish religious education program for public school children.

The bare minimum to be an active Catholic is to participate in the Sunday Mass EVERY Sunday. Yet only 1/3 of Catholic school children and those in the RE program attend Sunday Mass regularly. Less than 1/3 attend occasionally, and the rest are CEO’s (Christmas and Easter only).

The sad thing is that teenagers really want to know what Catholics believe and why.

I am the wife of a Catholic deacon living in Des Moines Iowa. My husband Larry was ordained in 2006. We have two children and five grandchildren.. Our daughter and her family live in Ireland, and our son and his family live in Franklin Massachusetts.
View all posts by Susan Kehoe →
This entry was posted in Catholic Church, Christianity, Evangelization and tagged Catholic teaching, Christian teens. Bookmark the permalink.