Valley Woman Not A Catholic Priest Because Gender Does Matter

This woman is Not a Catholic Priest. 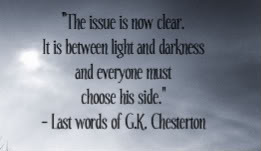 Sigh. These older woman just don’t get it. There never will be women priests in the Catholic Church. Never. It is just not possible. It is settled doctrine.  The Church simply does not have the authority to ordain women.

Sr. Sara Butler once thought that women could be ordained, but after much prayer and study she realizes that she was wrong. Read her arguments against women priests here.

Here is another good explanation on why the Church does not ordain women. http://www.catholiceducation.org/articles/apologetics/ap0001.html

The fundamental reason that many people have a problem with the Church regarding women and the priesthood  is that our culture teaches that gender does not matter. Men and women are seen as interchangeable.

Ergo it doesn’t matter that Jesus was male and that he is the bridegroom.

The idea that gender is not specific to male and female is the main argument in favor of same sex marriage.

It is a scientific fact that men and women are not biologically, anatomically the same or interchangeable. Men do not have the equipment to carry and bear a child. Women have more fat than muscle.

Not to mention that Men Are from Mars, Women are from Venus.

Even when a man, for example, undergoes a so called sex change operation, he does not in fact become a women. His DNA still marks him as a man. He still has male chromosomes. Surgery and hormones do not and cannot change that fact. He may look like a woman. He may talk like a woman. But he is a man.

We live in a delusional world where what one feels to be true is more important than what is true.

I will be posting more on the Church’s position on homosexual acts and same sex marriage soon.

I am the wife of a Catholic deacon living in Des Moines Iowa. My husband Larry was ordained in 2006. We have two children and five grandchildren.. Our daughter and her family live in Ireland, and our son and his family live in Franklin Massachusetts.
View all posts by Susan Kehoe →
This entry was posted in Catholic Church, Clergy, Women and tagged Catholic priests, gender, Same sex marriage, woman and priesthood. Bookmark the permalink.