The Pope, And Condoms And the Media: Oh My!

Well the saga continues. Did the Pope say that condoms are suddenly fine and 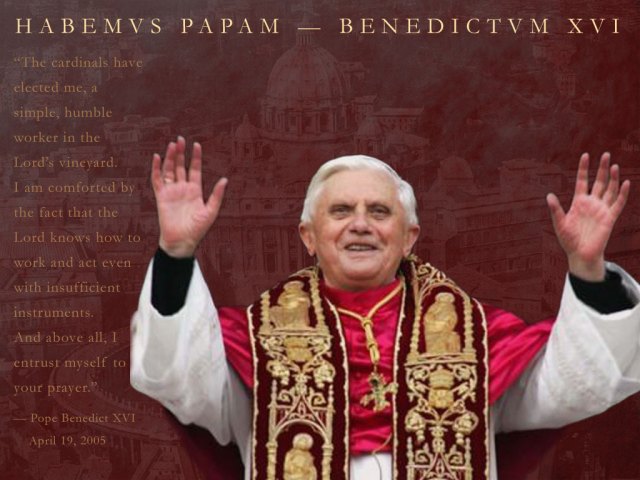 The short answer is ABSOLUTELY NOT!

Jimmy Akin has a detailed frisk on the whole debacle in a NCR article titled The Pope Said WHAT about Condoms.

Man I wish the Vatican would get  rid of the nut jobs at L Osservatore Romano (the Vatican News Paper), and hire a good PR person to communicate to the secular world.

As Jimmy points out about the wacky Vatican news group:

“Among the disservices L’Osservatore Romano performed by breaking the book’s embargo in the way it did was the fact that it only published a small part of the section in which Pope Benedict discussed condoms. As a result, the reader could not see the context of his remarks, giving the reader no way to see the context and guaranteeing that the secular press would take the Pope’s remarks out of context (which they would have anyway, but perhaps not this much). Especially egregious is the fact that L’Osservatore Romano omits material in which Benedict clarified his statement on condoms in a follow-up question.

So L’Osservatore Romano has performed a great disservice to both the Catholic and non-Catholic communities.”

Anyway Jimmy does a good job of dissecting the situation.  Please take the time to read his entire article, The Pope Said WHAT About Condoms.

Mollie, at Get Religion, has a great (non Catholic) take down on the MSM breathless and idiotic coverage of the mythical Pope and the condom controversy.

Thomas Peters, The American Papist, also has a good post on the Pope and Condom issue.

I am the wife of a Catholic deacon living in Des Moines Iowa. My husband Larry was ordained in 2006. We have two children and five grandchildren.. Our daughter and her family live in Ireland, and our son and his family live in Franklin Massachusetts.
View all posts by Susan Kehoe →
This entry was posted in Catholic Church, Catholic Moral Teaching, Pope Benedict XVI. Bookmark the permalink.

1 Response to The Pope, And Condoms And the Media: Oh My!