NO. No. Absolutely not. The pit bulls of the media have sunk their teeth into the 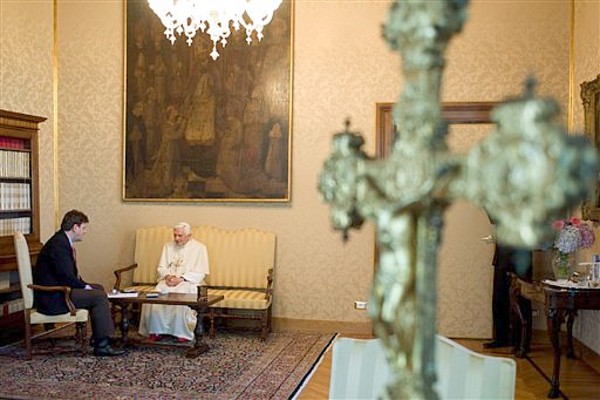 story and will not let go. The two clarifications by the Vatican spokesman, Fr. Lombardi, here and here have their (the media) jaws firmly locked on the subject.

Fr. Fressio, in his guest post for Rueters Faith View ,Did the Pope “Justify”condom use in some circumstances, provides us with a great analogy: Pope approves padded pipes for mugging. H/T Father Z

“Here’s an example of this distinction that parallels what the Pope said. Muggers are using steel pipes to attack people and the injuries are severe. Some muggers use padded pipes to reduce the injuries, while still disabling the victim enough for the mugging. The Pope says that the intention of reducing injury (in the act of mugging) could be a first step toward greater moral responsibility. This would not justify the following headlines: “Pope Approves Padded Pipes for Mugging” “Pope Says Use of Padded Pipes Justified in Some Circumstances”, Pope Permits Use of Padded Pipes in Some Cases”.

Of course, one may morally use padded pipes in some circumstances, e.g., as insulated pipes so that hot water flowing through them doesn’t cool as fast. And one may use condoms morally in some cases, e.g. as water balloons. But that also would not justify the headline “Pope Approves Condom Use”, though in this case it could be true. But it would be intentionally misleading.

In sum, the Pope did not “justify” condom use in any circumstances. And Church teaching remains the same as it has always been—both before and after the Pope’s statements.”

I am the wife of a Catholic deacon living in Des Moines Iowa. My husband Larry was ordained in 2006. We have two children and five grandchildren.. Our daughter and her family live in Ireland, and our son and his family live in Franklin Massachusetts.
View all posts by Susan Kehoe →
This entry was posted in Moral Theology, Pope Benedict XVI and tagged Condom Controversy, Pope. Bookmark the permalink.