He is Gay, he is Catholic, and he is Fine

The Little Catholic Bubble, has a terrific guest post by Steve Gershom (pseudonym) who is 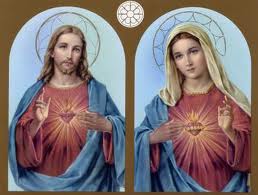 a faithful Catholic who happens to be gay and chooses to be celibate.

When Leila asked me to write about gay marriage, the first thing I found out was how little I know about it. If I wanted to say anything coherent, I’d have to have definite beliefs about some deeper, thornier subjects first: the relationship between civil and moral law, just for starters. Even if I were sure enough of myself to talk about those things, I doubt I could do it in a blog-sized article.

So I’ll have to do it in a more personal way. That might be better anyhow.

I have heard a lot about how mean the Church is, and how bigoted, because she opposes gay marriage. How badly she misunderstands gay people, and how hostile she is towards us. My gut reaction to such things is: Are you freaking kidding me? Are we even talking about the same church?Read the whole enchilada here.

Interesting. In the post he says that he is treated with respect by Catholics, but not so much by others:

Actually, the only time I get shock or disgust or disbelief, the only time I’ve noticed people treating me differently after I tell them, is when I tell someone who supports the gay lifestyle. Celibacy?? You must be some kind of freak.

In all fairness to gay people, I think that there are many people in our cesspool of a culture who think that celibacy is weird and unnatural. You should have seen the faces on my favorite deacon’s family and friends when they learned that widowed deacons may not re marry.

Oh and did I mention that Steve has his own blog?  Please keep Steve in your prayers.  Life long celibacy is a very heavy cross to carry.

I am the wife of a Catholic deacon living in Des Moines Iowa. My husband Larry was ordained in 2006. We have two children and five grandchildren.. Our daughter and her family live in Ireland, and our son and his family live in Franklin Massachusetts.
View all posts by Susan Kehoe →
This entry was posted in Catholic Moral Teaching, Discipleship, Homosexual agenda and tagged Catholic Church, celibacy, Gay. Bookmark the permalink.

1 Response to He is Gay, he is Catholic, and he is Fine