Archbishop to Flock: Cohabitation is a Grave Sin

Most Rev. Michael J. Sheehan Archbishop of Santa Fe, has some strong words 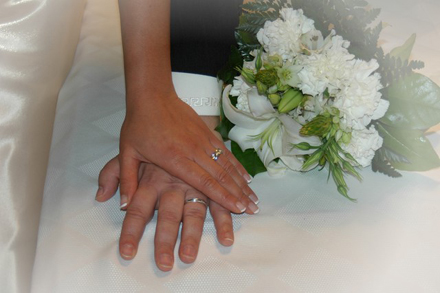 for his flock in his  Pastoral Care of Couples Who are Cohabitating. H/T Fr. Z and Deacon Greg.

We have three groups of people who are living contrary to the Gospel teaching on marriage: those who cohabit; those who have a merely civil union with no previous marriage; and those who have a civil union who were married before. These people are objectively living in a state of mortal sin and may not receive Holy Communion. They are in great spiritual danger. At the best – and this is, sadly, often the case – they are ignorant of God’s plan for man and woman. At the worst, they are contemptuous of God’s commandments and His sacraments.

Of these three groups, the first two have no real excuse. They should marry in the Church or separate. Often their plea is that they “cannot afford a church wedding” i.e. the external trappings, or that “what difference does a piece of paper make?” – as if a sacramental covenant is nothing more than a piece of paper! Such statements show religious ignorance, or a lack of faith and awareness of the evil of sin.

The third group, those who were married before and married again outside the Church, can seek a marriage annulment and have their marriage blest in the Church. Please remember that divorce still is no reason to refrain from Holy Communion as long as they have not entered into another marriage or sinful relationship. Many Catholics are confused on this point.

Christ our Lord loves all these people and wishes to save them – not by ignoring their sin, or calling evil good, but by repentance and helping them to change their lives in accordance with His teaching. We, as His Church, must do the same. In accord with this, I would remind you of the following:

Father Z has added comments on the letter.

I think that the Archbishop letter is firm, concise, and pastoral; I don’t think that I will add my own 2 cents. Besides I have written about it here and here.

Ok. Just one little thing. I wish that the clergy would make it clear that sex outside of marriage is a sin even if not living together.

I am the wife of a Catholic deacon living in Des Moines Iowa. My husband Larry was ordained in 2006. We have two children and five grandchildren.. Our daughter and her family live in Ireland, and our son and his family live in Franklin Massachusetts.
View all posts by Susan Kehoe →
This entry was posted in Catholic Moral Teaching and tagged Archbishop of Santa Fe, Catholic teaching, Cohabitation. Bookmark the permalink.